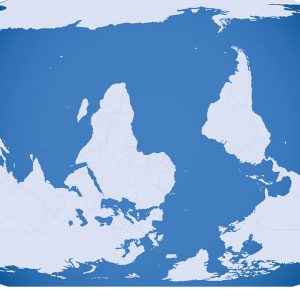 Preached on: Sunday 23rd January 2022
The sermon text is given below or can be download by clicking on the “PDF” button above. There is no PowerPoint PDF accompanying this sermon.
Bible references: Isaiah 25:6-8 & John 2:1-11
Location: Brightons Parish Church

The story of the wedding in Cana reminds me of the time that I got a bit of a surprise, not so nice one, At the time we had just moved from the continent to a small village in the UK where I became involved in the church, in the local church as a Sunday School teacher and we were preparing for a family service and I had chosen to look at the wedding in Cana. The surprise came when I drew attention to Jesus words to his mother when she made him aware that there was no wine anymore, ‘Woman, why do you involve me? My hour has yet not come.’

The surprise was that my friend, my new friend, did not share with me the thought that these words were significant for she said ‘Jesus got up two minutes later and did what his mother wanted him to do anyway. Help out. So, what’s your problem?’

I was brought up in the Dutch Reform Church and I went to a primary school where we started every day with a Bible story and on the day before any holiday we got a treat in the afternoon another Bible story. An upbringing that shaped my faith and that’s why my friend’s reaction came as a surprise. I was actually quite upset but I upset her too but at the time I didn’t know what I know now.

So, what more, than what meets the eye, is there in this story?

First of all, Jesus’ presence at the wedding party is in itself significant. It could actually leave room for raising eyebrows. One could wonder cynically or not cynically, if Jesus did not have anything better to do than partying. You wouldn’t find John the Baptist at the party, for when his father, Zechariah, was told that he and his wife Elizabeth, in their old age, were going to be parents, the angel said ‘He will be great before the Lord and he must not drink wine or strong drink and he will be filled with the Holy Spirit even from his mother’s womb.’

So, John was separated from wine and strong drink, Jesus wasn’t. Jesus was amongst the people, Jesus shared both their sadness and joy.

Now, John and Jesus were relatives, as their mothers were relatives, but there was a much stronger connection between the two and that connection, that relation was articulated by Zechariah very accurately when he prophesied to his newborn son John ‘And you child, will be called the Prophet of the Most High, for you will go before the lord to prepare his ways.’

These days, unfortunately, proper grammar and punctuation tend to be neglected. They’re not needed in quick messages, text messages, WhatsApp messages, using abbreviations and emojis. Yet, understanding grammar and punctuation helps when you read the Bible, for John, you could say, is the colon after the Old Testament; he is the last prophet, as his father said, as he rightly understood, John was the last prophet standing in the New Testament, as Jesus own prophet, with Jesus. Something new had come; a new way; a way that emerged and that emerging is what we see here at the wedding at Cana.

God begins small, not big, not loud, but, quietly, subtly at the very beginning of his ministry when He only had His first disciples, Jesus does this first sign behind the scenes, not in public, not yet. What Jesus does here serves God’s purpose and that purpose is the faith of his first disciples.

God’s hands build, they work in a refined way, using quantities that are well measured just as the precise measures are given of the six stone water jars. What Jesus first disciples experience in Cana confirms their trust in Jesus. But what about mother and son, Mary and Jesus, the brief conversation they had?

‘Woman, why do you involve me? My hour has not yet come.’ At first sight Jesus comes across as dismissive towards His mother but it’s not that He rejects her. What He is doing is distancing Himself from her, and the reason He gives to His mother for that distancing is that His hour has not yet come. We find these words throughout John’s gospel and they always refer to Jesus dying and the glorification that comes with it after it. But then, why would Jesus say that His time has not yet come, and then change water in an abundance of aged wine, the finest of wines, the wine Isaiah speaks about? ‘As we heard on this mountain Lord, on this mountain the Lord Almighty will prepare a feast of rich food for all peoples, a banquet of aged wine.’ The best of meats and the finest of wines.

At Cana, a glimpse is given of the wedding feast that is to come of which Isaiah already had a vision. Being given a glimpse of His promise we meet God as He shows himself through Jesus, revealing Himself in steps gradually, in His own mysterious ways and in His own time.

Without a word being said by Jesus that would have brought about that change, without being touched by Jesus, water in jars that are used for the purpose of Jewish ceremonial washing has become wine.

The wedding guests are completely oblivious to what has happened, and even the master of the banquet is surprised where this wine has come from. ‘Everyone brings out the choice wine first and then the cheaper wine after the guests have had too much to drink, but you have saved the best till now.’

This is again, the world upside down but then that scene for an opposite world is already set in the first bible book when God turns things upside down when he says ‘The older shall serve the younger.’ which we find in Genesis. This is God’s thinking. It’s not logical but theological thinking. Theological thinking that runs throughout the Old into the New Testament to surface at the wedding in Cana sensed there was something mysterious that changed the water, that changed the water into the highest quality of wine, but that sense is not related to their faith. The first sign that Jesus did, He did for the sake of the faith of His first disciples. The first of the signs through which He revealed His glory and His disciples believed in Him.

It was not yet a public manifestation of His glory, it was still more private. Jesus went a new way after His baptism in the Jordan, by His own prophet John the Baptist, who was shocked that He had to baptize Jesus.

John, the colon after the Old Testament.

And, as you know, a colon binds what comes before it, with what comes after it, and in that light I mention what a Dutch theologian says ‘Within the structure of the scriptural vocabulary, the name (and that is the name I am, who I am, the name that became flesh in Jesus0 the name is the cornerstone that possesses a wondrous capacity. It binds the most divergent components and covers contrasts with irradiance that does not come from people.’

That radiance binds together God’s written word as a wholeness and often a playing with words with names, serves to demonstrate that wholeness as we have it here with Cana and Canaan both, grapes signify the richness of God’s promise. Canaan was the promised land that Israel entered after going through the River Jordan. An abundance of grapes was brought back from Canaan to Moses by the spies whom he sent to Canaan. He had instructed them ‘Be good of courage and bring some of the fruit of the land’ And they did indeed. It was the season of the first ripe grapes.

In Numbers it says ‘They cut off a branch bearing a single cluster of grapes.’

After being baptized in the Jordan by John the Baptist, the first sign that Jesus did was changing water into wine in Cana.

If we miss the unshakable flow of the mysteries that binds the two Testaments of God’s written word together, we miss so much of the richness of the way in which He presents Himself in both His written word and in our lives. Recognizing His mysteries in the Bible helps you to recognize Him in your life, makes the story of the wedding at Cana more than what meets the eye, is that it is not just a wedding in Cana, it is the wedding that God has in store for us.

As it says in Revelation ‘Let us rejoice and be glad and give him glory, for the Wedding of the Lamb has come and his bride has made herself ready.

It therefore makes sense, that in the story of the wedding at Cana, there is no mentioning of the bride, for the bride is you, His church. As we seek His way that leads us into the future that He has for us, we need to let Him be who He is.

He binds, and He binds congregations in His way and He won’t miss His purpose that He has for them.

I finish with the beautiful words from Isaiah:

‘For my thoughts are not your thoughts, neither are your ways my ways, declares the Lord. As the heavens are higher than the earth, so are my ways higher than your ways, and my thoughts than your thoughts. As the rain and the snow come down from heaven and do not return to it without watering the earth and making it bud and flourish, so that it yields seed for the sower and bread for the eater, so is my word that goes out from my mouth. It will not return to me empty, but will accomplish what I desire and achieve the purpose for which I send it.’