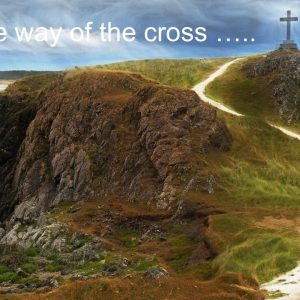 The way of the Cross: welcome all

The way of the Cross: welcome all

Preached on: Sunday 28th March 2021
The sermon text is given below or can be download by clicking on the “PDF” button above. Additionally, you can download the PowerPoint PDF by clicking here 21-03-28 Message PPT slides multi pages.
Bible references: Mark 11:1-11
Location: Brightons Parish Church

Let us pray before we think about God’s word

Boys and girls at home, one and all, do you remember what this means?

We use this sign language in the Lord’s Prayer, and it means kingdom. So we have a hand on our head like a crown, you want to join in and maybe join in at home, hand the crown and then flat hand in a circle kind of like the land of the kingdom the place where the king rules.

So we say ‘Your kingdom come’ in the lord’s prayer but why do we say that?

Well, it’s because our God is king, Jesus is king. But what kind of king is he and where is his kingdom?

Just keep them low if you don’t powerful or not. Oh, lots of hands up high, probably at home as well. You can put your hands down. Thank-you for joining in.

Yeah Jesus was a caring king. He cared for other people, he showed that he cared.

So when Jesus rode in into Jerusalem everybody was thinking, here comes this powerful, caring, bossy king. Yes, and he’s going to get rid of the Romans and we’re going to have a great place to live in and so they started singing songs ‘Hosanna! God save us. Blessed is he who comes in the name of the Lord’ They were so excited.

Now, boys and girls, what did Jesus ride in on again?

Was that a big horse ‘neigh’, was it was it an elephant like an Aladdin, was a reindeer like in Frozen – you can tell I watch a lot of Disney!

No, it wasn’t any of those. What was it? Can you remember?

It was a donkey, and a donkey’s not the kind of animal you’d expect a king to ride in on, but that’s what Jesus did and by doing that he showed he wasn’t bossy, he was humble. Humble and caring, and even though he was powerful, more powerful than any king and actually in the Bible just before our reading today, Jesus said this about himself ‘For even the Son of Man (that’s Jesus) did not come to be served but to serve, and to give his life as a ransom for many.’ He wasn’t a bossy king but He was still king.

So we have to do what he said but he would show his care and his power through loving others, helping other people, and people he wanted to be part of His kingdom and that’s where, boys and girls, there was another surprise about Jesus. Do you remember what they were waving and putting on the ground as Jesus came into Jerusalem?

They were waving palm branches, and they were putting their coats on the ground, and that just sounds, really weird to us does it not? But both of these actions were a sign of them welcoming Jesus. They were thinking ‘Yes, here’s Jesus our king. He’s one of us. You’re going to help us Jesus, so welcome, be welcome here Jesus.’

Boys and girls, do you think that was true or not true about Jesus? What are the adults in here gonna pick true or not true about Jesus? I’m seeing a lot of thumbs down – not true about Jesus – He’d shown that He’d come for one and all. Any who would welcome Him into their lives. Because Jesus is king, He’s powerful, He’s caring, He’s humble and His kingdom is now spread all across the world, and everyone is welcome into His kingdom if they choose Jesus as their king, and I think that would have been a surprise and even a disappointment for a lot of people because they wanted Jesus to be their king, and meet their expectations. They wanted Jesus to be their king and sort out their problems. They didn’t want a king who would care about other people and especially not people who were on the outside, but that’s the kind of king Jesus is. He’s the king who came to serve and to serve people on the outside as much as on the inside, and I wonder friends, if that’s something we sometimes forget as well.

Christian writer N.T Wright said this ‘Have we so domesticated and trivialized our Christian commitment, our devotion to Jesus Himself, that we look on Him simply as someone to help us through the various things we want to do anyway, someone to provide us with comforting religious experiences.”

Basically is Jesus just about me and my agenda? Do I expect Jesus simply to meet my expectations? or am I willing to be surprised and even challenged by Jesus? Can I recognize that His kingdom is bigger than Brightons, or the British churches, or the Church in Scotland? Can I. do we realize that Jesus cares about the people who are not here today and who are not tuning in today as much as he cares for you and for me? And I wonder, do we care for that as much as Jesus does? or is our focus on ourselves, on our place of worship, on the stuff we want from Jesus? or can we learn to follow our king and care for the same things He cared about?

Boys and girls, one and all, I pray that we would be more like Jesus, that we’d follow our king. Our king whose kingdom extends to the whole of the earth. Now a king who came to make this possible so that one and all could be part of his kingdom and He gave his life to make that possible. Might we then be a people who follow in His footsteps, who follow the way of the Cross and help others across the Braes to know Jesus, and through knowing Him, to have hope a hope that is steadfast and sure?