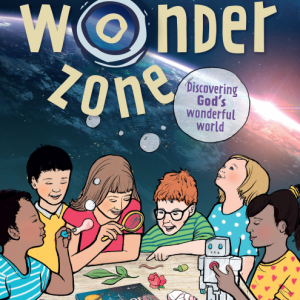 Preached on: Sunday 26th July 2020
The sermon text is given below or can be download by clicking on the “PDF” button above. Additionally, you can download the PowerPoint PDF by clicking here 20-07-26-Message-PPT-slides.
Bible references: Luke 15:11-24
Location: Brightons Parish Church

May the words of my mouth, and the meditation of all our hearts, be acceptable in Your sight, O LORD, our strength and our redeemer. Amen.

Boys and girls, do any of you have robotic toys? That’s a toy which is electronic and programmed to do something. My daughter Hope has this robotic horse. It’s programmed to make noises or move on these wheels or shake and turn its head if you brush it with this comb or try and feed it some of its toy food.

Or, do any of you have a voice assistant? Maybe you have
Alexa at home, or maybe an adult you know has Google Assistant or Siri on their phone? It’s incredible how many things you can ask a voice assistant, and the ways they can help with everyday life – Alexa, add chocolate to the shopping list!

Robots, computers and artificial intelligences are amazing – they can do many things we can’t do, in places we can’t go yet. For example, just last week a robot was launched to the planet Mars to go explore it, because we’re not ready to send human beings yet. Other times, robots can seem very similar to us and do the same things as we do, like Alexa talking and answering questions.

But today’s robots, computers and artificial intelligences are not able to make emotional choices. They might be good at playing your favourite music for you, but they can’t choose to be someone’s friend, and they don’t make decisions that aren’t good for them. But we can choose to be friends with people and we can make bad choices.

I wonder, if you could design a robot or voice assistant to help with something, what would that be? Would it be to do your homework? Would it be to cut the grass, iron the clothes, make the dinner? I’ll give you 30 seconds to think or talk about that at home.
(PAUSE)

If you like, put up in the Live Chat what your design would help with. Sometimes, the choices we make can have unexpected consequences. Like, if you had a voice assistant do all your homework, then you would miss out on learning important things and that could make life boring or hard when you are older. Or, if you wanted a robot to do all your cooking, then you wouldn’t know how make a delicious meal for your family and you might feel a bit useless. So, the choices we make can have unexpected consequences.

The younger son in our story today made some choices. Can you remember what they were? First, he made the choice to ask his dad for money, but not just a little money, this younger son was asking for the money that he would only get when his dad had died. Basically, he was saying, “Dad, I wish you were dead now, so I can go away and have a good time.” That doesn’t seem like a good choice, to hurt the people around us.

Or, what about his choice to use that money in a bad way – he was selfish with it and wasted the money, in fact he made so many bad choices with his money that he ended up poor, homeless and left with a job that no one would want. More bad choices.

So, the choices we make can have unexpected consequences. Sure, it seemed like a great idea to ask for the money and to go spend in the way he did, but the end result showed that his choices were poor choices.

But why was Jesus telling this story? What choices was He thinking about? Well, before Jesus started telling this story, we read these words: ‘Now the tax collectors and sinners were all gathering around to hear Jesus. But the Pharisees and the teachers of the law muttered, “This man welcomes sinners and eats with them.”’ (v1-2)

Here was Jesus sitting with a bunch of people who had made some bad choices. Tax collectors had chosen to betray their country and their neighbours, often to get rich. Sinners has chosen to reject God ways and live life the way they wanted. And both groups would have known the bad choices they made; both groups could resonate with the younger son, and might be thinking,
“that’s just like my life, and the bad choices I’ve made.”

Now, everyone knew that tax collectors and sinners were not the best people, everyone knew you shouldn’t hang around them with, yet here was Jesus doing that – and this really bothered the religious leaders of the day, because if Jesus was really the promised messiah then why was he hanging out with them, rather than doing what was expected. And so, Jesus tells a story, He tells a story about choices – about the choices we make, and the choices God makes, and both our choices and God’s choices have consequences.

How do you think that makes God feel? How do you think it feels, when the person you love tells you something like that? I’ll give you another 30 seconds to talk or think about that at home. (PAUSE)

In Jesus’ day, everyone knew that tax collectors and sinners had told God to take a hike, that God and His priorities could die for all they cared. For those choices, the religious leaders expected consequences, dire consequences, a complete rejection by God.

But Jesus’ story took an expected turn – do you remember what happened? The younger son realised his mistakes and so he decided to head home. He made another choice, but this time, a good choice. He chose to turn back and prepared himself to say sorry.
And then what happened? What was the reaction of the Father? Did the Father reject the son? Did he? No! I’m sure that’s what people expected to hear, but Jesus told a different story, He revealed an unexpected choice of God – the Father welcomed home the younger son, he ran to His son, He threw His arms around the son, kissed him, and celebrated the son’s return!

That final choice of the son had an unexpected consequence because he didn’t expect to be welcomed home, but that is what happened, for the Father chose to forgive him and lavish His love upon His son.

I wonder, have you made that choice of the younger son? Have you chosen to return to Father God? Have you asked to be forgiven for your wrong choices and your daily

rejection of God? Maybe today is the day when you’ll finally make that good choice?

But, what if you’ve already made that choice? What if you would already say you are a Christian? Well, I was really struck by the interview with the scientist this morning, because at the end she said, “opportunities to make choices to trust in God or not, are always coming up in life, and so it’s important to keep choosing Him – it’s not just once.” It’s not just once.

I pray that today, each of us, from the youngest upwards, might choose to follow Jesus in very concrete ways by choosing to put our trust, and keep our trust, in Him.

We close our time together with our final hymn…