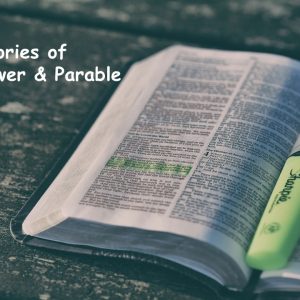 Preached on: Sunday 27th June 2021
The sermon text is given below or can be download by clicking on the “PDF” button above ABVAILABLE SOON. Additionally, you can download the PowerPoint PDF by clicking here 21-06-27 Message PPT slides multi pages.
Bible references: Matthew 14:22-33
Location: Brightons Parish Church

Let us come to God in prayer before we delve into His word, let us pray:

One of the many privileges of ministry is to be asked to conduct someone’s funeral and particularly to write a eulogy, because, someone in my position may not even know the individual all that well and yet, we are given the opportunity and the responsibility to recall and honor another’s life. Often, in a person’s life, there’ll be many seasons, highs and lows, and in the writing this eulogy we’re not simply seeking to recount a chronological series of events, rather,we’re trying to tell a story, we’re trying to tell something of their journey, a very personal journey which has touched upon the lives of other people. The life of faith is also often described as a journey, as a journey of following after Jesus with its own highs and lows, its twists and turns as we go to and fro, and one of my privileges in the past year has been to facilitate the telling of people’s journeys of faith through our Testimony Tuesday evenings. If you’ve not listened to these I heartily encourage you to do so. Look them up on our Youtube Channel or, if you don’t have access to the internet, then please ask for a CD or DVD copy. We’d love to facilitate that for you, because these stories of faith, these testimonies and following after Jesus, were so moving and powerful. Many a time these stories were quite normal, not everyone had a great crisis that brought about a renewed faith or something changed in their life, but each person did have a story to tell because being a Christian is to follow Jesus and if we are following the living Jesus then we should have a story to tell as well.

A story about how your faith in Jesus makes a difference to your everyday life and, hopefully, through you, how it has impacted others as well. When the day comes that someone has the great opportunity, I’m sure to tell some of my story I hope it’s a story where Jesus and following Jesus is clearly seen and told. So, if I was to pause right now and ask you to think over your life, to think over the many years maybe that you’ve been a Christian and I was to be asked to write your story, I wonder how much would your story of faith feature?

Would your family, would your friends have stories to tell about how Jesus made a difference to your character? How you following Jesus how the call or teaching of Jesus got you involved in something, got you to start something, maybe got you to stop something maybe, would they be able to say that you had such a close and personal relationship with Jesus that we remember before our God and Father your work produced by faith, your labor prompted by love and your endurance inspired by hope in our Lord Jesus.

What does your story of faith say of you? How is following Jesus seen in your life?

Our gospel story today is a story of faith, it’s a story of following after Jesus and it’s also a story of Jesus, and it’s not so much about faith and following Jesus and the general storms of life that many of us will be able to resonate with, rather it’s much more a story of risky faith that gets you into a bit of a tricky situation.

We know from our reading that the disciples are instructed by Jesus to get into that boat and to grow across that lake and as they’re going they experience one of those great storms that was quite common in that area, as they crossed the water and they struggle against the wind and the waves for several hours until something happens, until something they’d never expected to see happens, until something that was outside of anything they’d experienced before – here came Jesus walking on the water and it’s understandable that at first they think it’s a ghost, like, if you saw that when you’re on your holiday over the summer, I’m pretty sure you’d be thinking it was a ghost or something strange, but with only a few words Jesus reassures them that it is Him. Though, for some reason, he doesn’t seem very eager to get in the boat initially and then for some other inexplicable reason Peter gets this idea to say to Jesus “Lord if it’s you, call me out.” and for an unknown period of time he gets to walk on the water with Jesus.

as I said this summer, we are starting a series on stories of power and parable and in the midst of it I hope we learn much more of Jesus and if we hear his call he’s called to risky consistent faith even amidst the storms of life

nurture our faith and lead us to that point where we know with confidence we know with clarity we know with clear consistency of faith that you are God you’re here and nothing, nothing in all creation can separate us from your love

We ask this in your name, Amen.