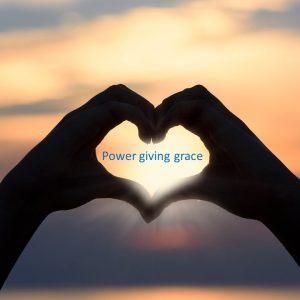 Preached on: Sunday 20th June2021
The sermon text is given below or can be download by clicking on the “PDF” button above. Additionally, you can download the PowerPoint PDF by clicking here21-06-20 Message PPT slides multi pages.
Bible references: 2 Timothy 1:16-12
Location: Brightons Parish Church

So, let us take a moment to pray before we think about God’s word

Boys and Girls, young people, it’s been so good to see and hear a little of what you have been learning and doing in your Sunday School groups. Thank-you for sharing and contributing to our service today.

With the adults we’ve been learning about our particular word, the word grace, and we’ve seen that has many meanings in the Bible yet, every meaning tries to help us understand a gift that God wants to give us. So, during the week, I recorded some short videos of people opening a gift. Let’s see the first one.

So, what was inside gift number one? ………. football boots and football boots equip us to play football. This reminds us that one of God’s gifts of grace is the spiritual gifts He gives to anyone who follows Jesus. We might say the first gift is the power to equip us. Let’s see video number two.

So, what was inside video number four? ………. a torch and a torch helps us to see. This reminds us that another of God’s gifts of grace is the power to see, to see that Jesus is God and so turn to Him in faith.

These four meanings of grace, these four gifts of grace are what the adults and older young people have been learning during our Sunday services over the last four weeks but there’s one more gift of grace to learn about, one more gift to open so, let’s see video number five.

Our Bible passage today includes all these meanings of grace, all of these gifts, but especially mentions this last gift. We read “God has saved us not because of anything we have done but because of his own purpose and grace.”

Now today is a special day. Do you know what today is? It’s Father’s Day and, hopefully, that’ll be special day for uncles and grandads and dads all sorts of people across our world today and hopefully, maybe at home with you.

Our Beginners acted out a story for us today which was about two sons and a dad, a father in that story. Both sons needed saving; one needed saving because he rejected his dad and had went away and got himself into trouble; the other son also needed saving, he also needed the father’s help because that second son was trying to earn his father’s love and acceptance. Both sons needed saving but only one son knew he needed help. Which son knew they needed help? Was it the younger son or was it the older son? Was it the first son or the second son? Use your hands. Hands up in the air. What are you going to pick?

That’s right, it was the younger son. The first son. And so, he came home and he was going to ask his dad to take him a home but as a servant rather than as a son. But what did the father do? The father ran to his son, wrapped his arms around him, and welcomed him home, welcomed home his child.

Now, as Jesus was telling the story no one would have expected this, they would be expecting the father to get angry at the son and tell the son to go away. They’d expect the father to cast the son off but Jesus shows that God is different, that God is the God of grace, scandalous grace, who has the power to save us. The father alone had the power to welcome the son home. The older son thought he had to earn it through hard work, the younger son thought he had to earn it by shame and ridicule and then servitude, but Jesus shows us that the Father is ready to forgive us, He is ready to save us rather than cast us out, the Father has the power to save and He is ready to do that because He is more gracious than we can ever imagine. This has been the plan and purpose of God since before the beginning of time. As our bible passage reminded us God knew we would get ourselves into trouble like the younger son, He knew that we would sin and the wages of sin is physical spiritual and eternal death, but God in His grace made a plan, a scandalous self-sacrificing plan, to exert His power to exert His grace to save us so that we might have life eternal, life immortality as our bible passage said “now and always, by being reconciled to Father God”. This is the gospel, the heart of the gospel is about salvation, that God acts in grace and he offers grace to save us because He alone has the power to do that.

I pray that all of us, all ages, will know the God of grace, will receive His grace and so be reconciled to Father God. May it be so, Amen