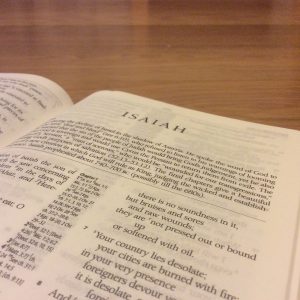 Preached on: Sunday 11th October 2020
The sermon text is given below or can be download by clicking on the “PDF” button above. Additionally, you can download the PowerPoint PDF by clicking here 20-10-11-Message-PPT-slides-2×2.
Bible references: Isaiah 1:1-4, 11-18
Location: Brightons Parish Church

Text: Isaiah 1:1-4, 11-18
Sunday 11th October 2020
Brightons Parish ChurchIntroduction to Reading
Today we begin a new teaching series and similar to this time last year, we’re going to work through one of the Old Testament prophets, in particular, the prophecies of Isaiah. This is a book within which we find some of our favourite passages, like, ‘For unto us a child is born, unto us a son is given…’ or ‘…those who hope in the Lord will renew their strength…They will soar on wings like eagles…’ and finally ‘…he was pierced for our transgressions…the punishment that brough us peace was on him.’ Great passages laden with significance and pointing us to Jesus.

But there is much more to the book of Isaiah, much that we never read or dig into, and so for seven weeks, leading up to Advent, we’re going to focus on some unfamiliar passages. Since March, we’ve had many a sermon, in fact a couple of series even, that have spoken into our current situation, encouraging us to look to God and look out for one another. This will continue in many ways through the life of our church and even in our Sunday worship. But nevertheless, there are issues beyond coronavirus, issues that make people’s lives desperate and truly hard, issues that many of us are simply unaware of. And so, part of the aim of this series is to help us look out and to do so by turning to those passages which talk about the issue of ‘justice’.

I don’t actually know what to expect from this series, I don’t know what particular issues may arise, but I hope that as we give time and space to this, especially amidst restrictions, that God might use this time to help us mature as His children, so that when one day we can again be together physically we will go out into the world with His light and hope and good news.

Today, we read from Isaiah chapter 1, which serves as an introduction to the rest of the book. It is set around the 8th century BC, roughly 700 years before the coming of Jesus, at a time when Israel was being invaded by the Assyrian Empire.

So, let us turn to God’s Word, which is read today for us by Donald Meek.
(PAUSE)

May the words of my mouth, and the meditation of all our hearts, be pure and pleasing in Your sight, O LORD, our strength and our redeemer. Amen.

Have you ever wondered what gets under God’s skin? Ever wondered what bothers God? If you were to go and ask the average person on the street – socially distanced of course – what do you think they would say? Feel free to share in the Live Chat. I suspect many people would talk about God being bothered that they don’t go to church or they’re not religious enough, maybe they would name the “big issues” like sexual immorality.
In our passage today, God is very bothered by His people, in fact there’s a surprising rejection here by God due to a rebellion by His people. He says through the prophet Isaiah:
‘“I reared children and brought them up, but they have rebelled against me…” Woe to the sinful nation, a people whose guilt is great, a brood of evildoers, children given to corruption! They have forsaken the Lord;
they have spurned the Holy One of Israel and turned their backs on him.’

But what is the nature of this rebellion? What is so grievous that it brings a rejection by God? Are they not religious enough? Do they not attend church enough? Are they too promiscuous? What have they done which bothers God so much?

Well, it’s not their level of worship. In verses 11 to 15, we see that the people are being very regular in worship, meeting the requirements of the ‘offerings’ and special festivals like ‘New Moons, Sabbaths and convocations’, and they are bringing ‘many prayers’. In fact, they are offering their ‘fattened animals’, which would have been costly. So, their worship is meticulous, it is plentiful in time and outrageously sacrificial in terms of money. They are more than religious enough, so what’s got under God’s skin?

Let us read on:
‘Wash and make yourselves clean. Take your evil deeds out of my sight; stop doing wrong.’

Again, we might ask, what are these evils deeds? What is the wrong they are to stop? We read:
‘Learn to do right; seek justice.
Defend the oppressed.
Take up the cause of the fatherless; plead the case of the widow.’

Yet what is ‘justice’? Is not caring for the fatherless and widow more an issue of charity, than justice? In preparation for this series, I read a few helpful books, one being ‘Generous Justice’ by Tim Keller. I’d highly recommend getting a copy.

In the opening chapter, Keller introduces us to the biblical idea of justice. He writes that there are two Hebrew words for justice, the first being ‘mishpat’, which we [red] in verse 17. Across the range of its use, mishpat means to ‘give people what they are due, whether punishment or protection and care’. (pg. 4) This is sometimes called ‘rectifying justice’, as in correcting or repairing. We see it in verse 17 today, where the fatherless and the widow need care and protection. But it is also possible, as the footnote in the NIV shows, to translate ‘defend the oppressed’ as ‘correct the oppressor’, and so we see that wider meaning of mishpat as well, to correct and punish. Justice, then, is about issues in society, that sin has a social dimension, and so to seek justice includes the transformation of the one inflicting oppression and the one who is suffering. This is mishpat.

tzadeqah, when talking about our relationships with other people, is about treating others with fairness, generosity and equity. If we lived out tzadeqah, justice, all the time then there would be no need for mishpat, for justice which puts things right. When you have primary justice, you don’t need rectifying justice.

But in Isaiah’s day, there were gross violations of tzadeqah, and so God calls them to seek mishpat, defending the oppressed, taking up the cause of the fatherless and pleading the case of the widow. Tim Keller argues that in today’s world, we should be thinking about any who lack social power, those most vulnerable, and so this might include the refugee, the migrant worker, the homeless, many single parents, even some elderly.
We see here that God is bothered about the lack of justice in Israelite society and He calls for justice because He sees a total divorce between worship and justice – the sacrifices keep coming, the prayers keep coming, but justice is completely ignored, it’s not even on the agenda of God’s people, and yet, it should be. For God had given laws about justice, justice is in the heart of God Himself and prompted the saving of His people, for He heard their cry in Egypt, their oppression, their lack of tzadeqah under Pharaoh, and so He brought them out, bringing mishpat, justice, to them and to the Egyptians.

But this has either been forgotten or completely disregarded by Israel, and so there is a divide between worship and how they live – they praise the God of justice and yet they live out injustice. As such their worship is ‘meaningless’ (v13), ‘detestable’ (v13) and God is ‘weary’ of it (v14) because genuine worship, real biblical faith, includes obedience to God’s ways. Indeed, in the New Testament itself, we [reed] in James, that ‘faith by itself, if it is not accompanied by action, is dead’ (James 2:17) and it was Jesus who said, ‘If you love me, keep my commands.’ (John 14:15) Real faith leads to obedience and that includes justice, for as the Psalmist reminds us:
‘The Lord loves righteousness [tzadeqah] and justice [mishpat]…’ (Psalm 33:5)

So, I wonder friends, how high up our agenda, is justice? Have we divorced worship and justice? Are we in danger of keeping up external religious appearances and yet disregarding the Word of God and its call to ‘justice’?
These are hard questions, but let me end on a note of hope, because time and again Isaiah will bring a word of hope, a message of grace. The people of Israel had got themselves stuck in a rut, their way of life had become so deeply ingrained that the Lord says their sins ‘are like scarlet…red as crimson’. Now, this colour was a deep permanent dye, virtually impossible to remove, and so the Lord is saying that the injustice He sees is deeply rooted in His people, permeating not only their society but their very souls.

Yet the Lord also says:
‘Come now [come near], let us settle the matter… Though your sins are like scarlet, they shall be as white as snow; though they are red as crimson,
they shall be like wool.’

Though the stain of their sin seems as equally permanent as crimson, God extends an invitation of hope – an invitation to forgiveness, an invitation to a new life, with a purer heart, and so the hope of a transformed society. But it is God who takes the initiative, the holy One; He always takes the first step – whether it be God searching for Adam in the garden of Eden, or Jesus coming ‘to seek… and save the lost’, the initiative is God’s and He does it for love of us all, for love of His people then and love for you and me now. In undeserved grace, God comes close and invites us to take heed, to hear the word of the Lord and so ‘Learn to do right; seek justice [and] defend the oppressed.’ (v17)

Friends I pray that we would respond to the Lord in this new series, even today, and not be a people who divorce worship and justice, but instead, as a people of prayer, we come to Him in the isolated place of prayer we receive His forgiveness and allow Him to changes our lives from the inside out, preparing us now for the life we are called to live when we can gather once more together.