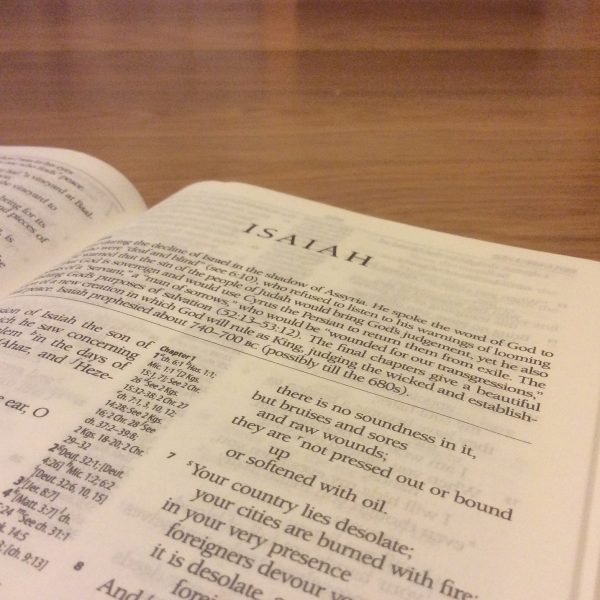 Preached on: Sunday 15th November 2020
The sermon text is given below or can be download by clicking on the “PDF” button above. Additionally, you can download the PowerPoint PDF by clicking here 20-11-15-Message-PPT-slides-multi-page.
Bible references: Isaiah 56:1-8
Location: Brightons Parish Church

Text: Isaiah 56:1-8
Sunday 15th November 2020
Brightons Parish Church Message
Let us take a moment to pray before we think about God’s Word.May the words of my mouth, and the meditation of all our hearts, be true and pleasing in Your sight, O LORD, our strength and our redeemer. Amen.Eight months today was our last Sunday service here in the sanctuary at Brightons – it was the 15th of March. Numbers were already down at that stage, people were starting to stay home because of the spread of Coronavirus, and from the Sunday after we have been primarily online. Eight months of waiting. Eight months of waiting to return. Eight months of waiting to get back to some form of normal.

In our passage today, the people being addressed have been waiting. It’s not obvious straight away, but chapter 56 marks the start of a new section in the book of Isaiah. Up to chapter 40, the people were still in the land of Israel and God was calling them to change their ways and warning them what would happen if they did not. Sadly, Israel didn’t change its ways and so they were taken into exile, to Babylon, the whole nation was upheaved and marched hundreds of miles away. Chapters 40 to 55 speak into that time and share promises and hopes of what would eventually come: that the people would return to the land that God had given them and the scattered exiles would be gathered home.

By chapter 56 the Israelites have returned, or at least a portion of them have, for many chose to stay in Babylon… and so the mass return of exiles has not been realised – the great hopes and dreams and promises shared through Isaiah and other prophets are far from complete. The people are waiting. They live in an interim time. They are waiting for a new world to dawn.

And into that waiting, God spoke. I wonder, in our waiting, has God been speaking to you? Have you been seeking to listen? What might you have wanted Him to say? It strikes me that these words from Isaiah may not have been anticipated by His people. Here they are waiting, hoping for other exiles to return and complete the promises God made, of there being a people who belong to Him, living in His kingdom and living by His values. Yet, what God says here is startling:

‘To the eunuchs who keep my Sabbaths, who choose what pleases me and hold fast to my covenant –
to them I will give within my temple and its walls a memorial and a name better than sons and daughters; I will give them an everlasting name that will endure for ever.
And foreigners who bind themselves to the Lord to minister to him, to love the name of the Lord, and to be his servants… these I will bring to my holy mountain and give them joy in my house of prayer…’ The Sovereign Lord declares – he who gathers the exiles of Israel:
‘I will gather still others to them besides those already gathered.’ (v4-8)

God is going to gather ‘still others’ – others beyond the Israelite exiles – and not just any others, but eunuchs and foreigners, people who up till now have been excluded from worship in the inner places of the temple. This is unexpected! To a people who are waiting, who want to return to the glory days by having the exiles return, this is startling news. In the midst of their waiting, God directs their attention out and forward, rather than back.

Six weeks ago, the General Assembly of the Church of Scotland met – largely in a virtual way, with a minimal few in the Assembly Hall. At its opening, the Moderator, Martin Fair, brought this message to the church.
(PLAY VIDEO)

In our waiting, what are we waiting for? A return to normal? A return to what we were doing, life that was marked, in many cases, by catastrophic decline? Could it be possible, that in the midst of our waiting, God might come with a message that directs us to look forward and to look out?

The Lord began this section with these words:
‘…my salvation is close at hand
and my righteousness will soon be revealed.’ (v1)

His people were on the cusp of something new; they were on the cusp of God bringing about His righteous purposes such that lives would be changed, transformed,… delivered, saved. But to do that, there could be no returning to the old ways and so the Lord directs His people to look forward and to look out.

Yet in the waiting time, the Lord also had another major point to raise with His people. Not only were they to look forward and out, they were also to evidence His kingdom through justice in the present time. He says to them:
‘Maintain justice…
and do what is right, for my salvation is close at hand and my righteousness will soon be revealed. Blessed is the one who does this – the person who holds it fast,
who keeps the Sabbath without desecrating it, and keeps their hands from doing any evil.’ (v1-2)

We see again those words, ‘mishpat’ and ‘tzadeqah’, ‘justice’ and ‘doing what is right’. It can seem confusing at first why God would string together justice, salvation and sabbath in these verses, but He has good reason. The Lord wants them to look forward and out, but He does not want them to neglect doing right in the present time either, and doing right involves, once again, seeking justice, justice for all.
Because Sabbath had to do with rest; not just for masters and Israelites, but servants and foreigners as well as for animals. To keep the Sabbath, meant, among other things, that you valued what God valued, that you cared for what He cared for. The Sabbath was not an end in itself, but a sign that you wanted your life to be lived in submission to God, such that you shared His values, including His passionate concern for justice.

In their waiting, the Lord’s people were to look forward and look out, but they were also to evidence the values of the Lord, particularly through justice. They were to be a visible sign that the Kingdom of God was breaking into the world and making itself felt, and not just for those on the inside, or those with status or the right credentials – there was to be justice for all.

I wonder friends, would our local community see this in us? Are we a visible sign that the kingdom of God is breaking into this world and setting things right? That’s part of God’s righteousness, His righteous purposes – He doesn’t just correct sin, He also sets things right.

We sang earlier:
‘Love so amazing, so divine,
Demands my soul, my life, my all.’

Do our lives evidence this? Or are they just nice words? Who is in ‘moral proximity’ to us and are we doing anything about their needs? Because in our waiting, there is a world out there who needs to know there is a God who cares, yet His plan is for His people to show His love and concern, and to do that we must share His values.
Page
Brothers and sisters, we are in a waiting time, but may we not simply wait for a return to normal. Instead, may we open ourselves to the Lord’s leading by His Spirit, that this time of waiting might equip us to look forward and out, and also to be a people who seek justice in the present.