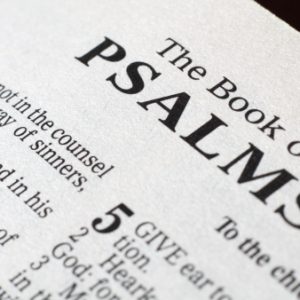 Preached on: Sunday 14th June 2020
The sermon text is given below or can be download by clicking on the “PDF” button above. Additionally, you can download the PowerPoint PDF by clicking here 20-06-14-Message-PowerPoint.
Bible references: Psalm 130
Location: Brightons Parish Church

Text: Psalm 130 (NIV)
Sunday 14th June 2020
Brightons Parish ChurchLet us pray. May the words of my mouth, and the meditation of all our hearts, be acceptable in Your sight, O LORD, our strength and our redeemer. Amen.

I promised on Facebook that we would have a super-easy, quick game, so here it is! Are you ready?

OK, final question – and this one is hard! Which of these people is a Christian? I’m going to give you 30 seconds to think or talk about that at home – so over to you! (PAUSE) That was a bit harder, wasn’t it! Well, the answer is…I don’t know. I don’t know which of those people is a Christian or not, because I just got their pictures from the internet! My point is this – looking at these people, we can’t tell by them standing there who is and who is not a Christian. So, how can we tell? Is it even possible?

Well, what things would you include on a list, if you were trying to figure out if someone was a Christian? Would it be – “goes to church”, “reads the Bible”, “doesn’t say bad words”, “knows the Lord’s Prayer”, “is loving”. What if none of those things is what makes someone a Christian?

There was once a man called John Wesley – he lived a long time ago in the seventeen hundreds. When John had finished school, he went to university in Oxford…
and became a minister, like me. With his brother Charles, John formed a group of friends who made a promise to read the Bible, pray, fast and help other people. John and his brother even went all the way to America as missionaries for a while in 1735.

But even though they did all this, neither John nor his brother Charles, ever felt sure that they were a Christian. In his own words, John later said at that time they had “a fair summer religion” and about their trip to America he said, “I went to America to convert the Indians; but, oh, who shall convert me?”

So, is it possible to know for sure if you are a Christian? I’ll give you another 30 seconds to think or talk about that at home. (PAUSE)

There’s a lot in today’s psalm and we’ll get to more of it in the Tuesday Evening Sermon, so join us then if you’re able, or catch it later in the week as a recording.

But this morning, I’d like to focus on a few verses, starting with verse 4:
‘But with you there is forgiveness,
so that we can, with reverence, serve you.’
The psalmist speaks about forgiveness, because he is aware he needs forgiveness. In verse 3 he said:
‘If you, Lord, kept a record of sins,…who could stand?’

So, he wants forgiveness, he knows he needs forgiveness for his sins, the wrong things he has done. Then in verse 1 he says: ‘Out of the depths I cry to you, Lord…’

Maybe he feels like there is a great distance between God and himself; maybe God feels very far away. Maybe he feels that his relationship with God is broken – that’s possibly why he uses two different names of God: ‘LORD’ in capitals, meaning ‘Yahweh’, which is the covenant name of God; but also ‘Lord’ with only a capital L, meaning ‘master’ or ‘king’….
But both are about relationship; a good relationship, one of trust, reverence and love. Yet, the psalmist knows the relationship is broken, because of his sin, and so now there is distance between himself and God.

Nevertheless, he knows something else – he knows that Yahweh, the Lord, his King, is a forgiving God, that with Yahweh is forgiveness – that forgiveness is part of God’s character, and God has the authority to forgive.

So, the psalmist waits on the Lord, he puts his hope in God’s promise to forgive. Maybe the psalmist is thinking of Isaiah chapter 1:
‘Come now, let us settle the matter,’ says the Lord.
‘Though your sins are like scarlet,…
they shall be as white as snow; though they are red as crimson, they shall be like wool.’ (v18)

He knows that the Lord is willing to forgive but also that out of this forgiveness will arise, even must arise, ‘reverence’, a reverence that leads to serving the Lord. Other translations speak of forgiveness leading to a healthy ‘fear’ of the Lord; a fear where we submit to God as our King, giving Him His place in our lives.

I talked about this at the end of last week’s message: of having a faith where God’s Word shapes our lives, shapes our hearts, and changes us from the inside out. But for that to happen, we must first receive the forgiveness of God and bend the knee to our Lord, allowing Him to be… King of our lives once more, maybe even for the first time.

The great preacher of the 19th century, Charles Spurgeon, said: ‘none fear the Lord like those who have experienced His forgiving love.’ So, if we come back to those four individuals, which one is a Christian? We don’t know – not even by their outside life!

And that’s because, what’s most important, is what’s in your heart. Do you know the forgiveness of God for yourself? You might not know when you first received it – but a Christian should know, in here, that they have received the forgiveness of God, and this forgiveness should shape their lives, such that out of reverence, holy fear, we give our lives in service to God….
Where there is no reverence, where there is no holy fear, where life is lived largely according to your standards and God’s ways are far from your thinking and will – well, if that’s you, then I worry you may have that “fair weather religion” John Wesley spoke of, and truly, that form of religion does not make you right with God, you haven’t really experienced His forgiveness, because with forgiveness comes reverence and service.

A few years after John Wesley came home from America, he still felt much the same as in 1735, he did not know the grace and peace of God. But on the 24th of May 1738, he heard today’s psalm in an afternoon church service, before going to a Christian meeting that night. He later wrote in his journal a now-famous account of his
conversion, he said: “In the evening I went…

very unwillingly to a [meeting] in Aldersgate Street, where [some]one was reading Luther’s preface to the Epistle to the Romans. About a quarter before nine, while he was describing the change which God works in the heart through faith in Christ, I felt my heart strangely warmed. I felt I did trust in Christ, Christ alone for salvation; and an assurance was given me that He had taken away my sins, even mine, and saved me from the law of sin and death.”

In the years after his return from America, it took John Wesley time to see that it’s not “Christ and good works” which secure our forgiveness, but Christ alone who saves, resulting in good works.

Many of you listening today are Christians, so what is there for you today? Well, we always need to be asking ourselves if we are convinced and resolute on this, or have we become lukewarm and apathetic about the forgiveness we have through Jesus? Because to remove the absolute, eternal need of forgiveness for everyone, or to play down the death of Jesus on the cross, is to gut the Bible and the Christian faith of all substance. Also, such was the impact on John Wesley that he travelled some 250,000 miles on horseback and gave over 40,000 sermons. How is God’s forgiveness impacting us?

I hope today there are also others listening in, folks who know they are not a Christian; you’re maybe watching for the first time, or after some time away from church.
There might be others, who have fulfilled all…
religious duty like the young John Wesley, but you know that the forgiveness of God has not touched your heart: you lack reverence for God, and God is not King, not the Lord of your life, if you’re brutally honest. And there may be in either of those groups, and others beside, folks who do not feel at peace with God – He may seem distant to you, and for any and all these people the forgiving love of Jesus may well be unknown to you.

So, why not today, bend the knee to Jesus, admit your sin, and come into His embrace? It’s in that place you can come to know the hope, the peace, the freedom that the people of God have experienced whenever they have put their hope in the promises of God. If that is something you would like to do, then let us do it just now, and I invite you to repeat the words of this prayer with me… “Lord Jesus Christ, thank You that You died on the cross for me so that I could be forgiven and set free. I am sorry for the things I have done wrong in my life and I name these before you now…Please forgive me. I now turn from everything I know is wrong and allow You to be King over my life. Thank You that You offer me forgiveness and the gift of Your Spirit to help me serve You. I now receive these gifts. Please come into my life by Your Holy Spirit to be with me forever. Thank You, Lord Jesus. Amen.”

Friends, if you’ve prayed that for the first time, or if you know that this has brought some change for you today, then please tell someone else, it’s a really important step when we receive the forgiveness of God – get in touch with me if you like, I’d love to hear that you’ve taken this step. To God be the glory, now and forever. Amen.