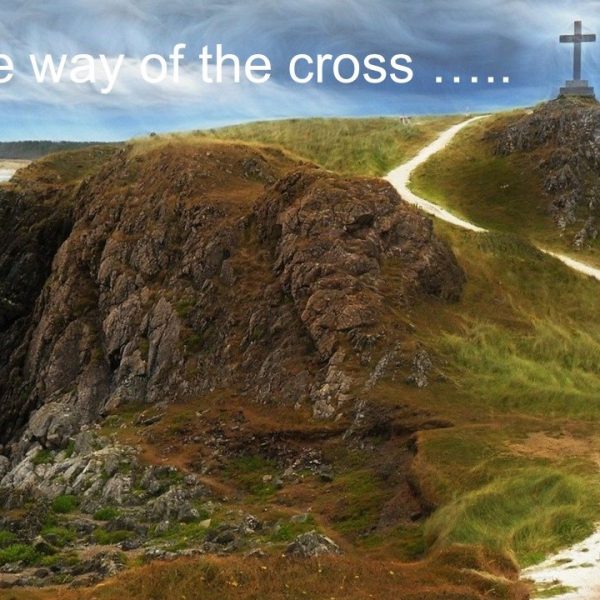 Preached on: Sunday 21st March 2021
The sermon text is given below or can be download by clicking on the “PDF” button above. Additionally, you can download the PowerPoint PDF by clicking here 21-03-21 Message PPT slides multi pages.
Bible references: Mark 9:30-50
Location: Brightons Parish Church

Let us take a moment to pray before we think about God’s Word.

In a Facebook group for ministers, I was reminded this past week that over the last 20 years, the membership of the Church of Scotland has halved. Halved. We are…
in decline. This might not be new to you, but nevertheless it should make us all sit up and take stock, and maybe even ask some hard questions. Not necessarily to save our denomination, but because the figures show that Scottish Christians – and it’s true across the denominations – but Scottish Christians seem unsure how to live out their faith so as to bring lasting, positive change. We do a lot of things, but whether we do the right things and in the right way, is most definitely up for debate when all churches are seeing their numbers decline and our church experiencing 50% in 20 years.
Jesus said of His universal Church that ‘you are the salt of the earth’ (Matthew 5:13). We are to be a salty people. Now salt, across the centuries, had a variety of uses: to preserve that which was good; to fend off that which is bad, and so stave off decay taking root; and of course, we know that salt also changes flavour. In these three ways, the church is likewise to be salt: to bring out the good; to prevent decay; and change the “flavour” of our world for the better. If the church is declining, then the extent of our saltiness is questionable.
Our passage today also mentions salt, at the end, so let me begin there. Jesus said: ‘Everyone will be salted with fire. Salt is good, but if it loses its saltiness, how can you make it salty again? Have salt among yourselves, and be at peace with each other.’ (v49-50)

Three separate sayings about salt. Not necessarily connected to one another, but connected to the wider passage, and so they act as a summary to what came before. Jesus begins saying, ‘Everyone will be salted with fire.’ which probably means that the church will be salted, or purified, with persecution, with difficult times. We are a people, after all, who are called to the way of the cross, and if the way was hard for Jesus, it will be hard for us as well. We’ll come back to the other two sayings once we dig into the earlier verses.

The passage begins with Jesus talking, for a second time with all the disciples, about what is ahead: He is going to His death. He will be deliberately handed over by God ‘into the hands of men’ (v31). Again, this goes straight over the heads of His disciples, and maybe… because of what happened earlier with Peter they’re afraid to ask more. As a result, they get into an unhealthy, self-promoting discussion: “Who is the greatest amongst us? Who is going to rule with Jesus when He comes into power as the Messiah?” That’s the flavour of their conversation and when Jesus asks about it there’s a really awkward embarrassed silence because it’s completely unworthy of them as His disciples and completely contradictory to the way of the cross.

So, Jesus begins to teach and He takes a little child in His arms and says: ‘Anyone who wants to be first must be the very last, and the servant of all…Whoever welcomes one of these little children in my name welcomes me…’ (v35-37)

Who is the greatest? It is the one who gives their life for others. It is seen in their care and service of others, and in particular to those members of society who are not valued. Because Jesus did not include this child as a model to be imitated; His culture had no romanticized notions about children. A child was not seen as especially obedient,… trusting, innocent, pure, or humble. The point here is that children were insignificant in those days. Children had no power, no status, few rights. Jesus is saying, if anyone wants to be great, they should give attention to those who are neglected and regarded as insignificant. We are to serve those who are forgotten, who are little esteemed, who are socially invisible, easily ignored, or who can be hurt and dominated without notice or protest.

What a contrast between the disciples’ motives and the life Jesus calls them to. This… is part of how they are to be the salt, and they cannot follow in the way of Jesus, the way of the cross, if they are putting personal ambition, personal interests, first.

I wonder friends, does the wider world see us more like the disciples, or more like Jesus? What do we prioritise? Is it our agenda and the things that make us feel secure? Or do we stand with the vulnerable, the invisible and those in need within our society?

As I have reflected on this passage, I’ve been drawn to recent news stories in relation to Sarah Everard. I think we are all aware of this tragic injustice and it rightly has touched a nerve within society. I was stopped in my tracks by what one woman said in a recent article: ‘[Women] moderate everything – our clothing, our drinking. We get taxis where maybe we can’t afford it. We hold keys between our fingers. We don’t wear headphones when we’re jogging. We stick to well-lit areas. It’s exhausting.’

In one particular tweet, women were asked if they had ever faked a phone call, changed route, or run in fear, after feeling threatened by men in public spaces, and this tweet was affirmed more than 120,000 times.

These experiences made me wonder about the male privilege that men, including myself, have in life, in that we don’t have to live the way women do, we never, never have to contemplate such realities, and so sadly we often right-off these issues, until it is too late.

So, if Jesus were here today, would he be calling His Church to do something about this? Jesus says, true greatness means caring for people, not just important people, or my people, or the people who look like me, or think the way I do or see things the way I see things.

Moreover, I have to ask, why is the church so far behind on this at times? Because I was struck by something the Prime Minister, of all people, said on Thursday last week, that ‘…there also needs to be “long-term cultural and societal change to deal with this issue”.’
Is this not a way for the church to be a salty again? Because it’s inherent in our calling from Jesus that we are to help shape and improve culture and wider society; we are to change the flavour, bringing out the good and reducing the decay. The question then, is whether we’ll do anything about it?

Or have we, the church, lost our saltiness? Have we lost the radical self-sacrifice and devotion to Jesus and His way? His way, after all, which was amongst the first to care for all and see all people as precious.
We are called to a salty way of life in how we care for others, but we are also called to show this saltiness in our unity with one another. The third saying of Jesus read: ‘Have salt among yourselves, and be at peace with each other.’ (v50) This is a reference to sharing salt, of having meals together in the context of fellowship and peace, because when you’re at peace with other people you share life. This neatly summarises the two portions of our earlier passage.

Firstly, Jesus rebukes the disciples for trying to stop someone using His name to help others. Their reason for doing this? simply that ‘he was not one of (them).’ (v38) The disciples were once again focused on being great, and they did not want to share their power because doing so would undermine their position and status. In contrast, Jesus tells them to live another way, to live in unity with all who call on the name of Jesus; it doesn’t matter if they’ve not been ‘one of us’ up until this point.

Their self-interest is so dangerous that Jesus goes on to give a very stark warning. At first it can seem a little extreme, but Jesus was not being literal, because the Old Testament forbade self-mutilation, so Jesus is using hyperbole to get His point across: that anything which undermines unity in the faith needs to be dealt with. Indeed, by referencing body parts, which are precious, God-given, good things, we might even say that Jesus is not only calling us to reject sinful ways – like self-interest – but also to reject anything that might be seen as good,…
and yet which still leads to disunity.

We are called to be a salty people, to have unity with one another, and be willing to give up ways – whether good or bad – so as to preserve that unity and bring out the flavour of God’s Kingdom amongst ourselves as well.

I can’t help but think about the Braes Hub in relation to these verses. What good things do we need to give up in order to bring greater unity? What power do we need to give away to bring us together? But like last week,…
that might seem quite far off, so let me raise something more immediate.

Of all the facets of church life that I get feedback on, it is Sunday worship which seems to produce the most friction. As such, I have said to the elders that beginning in May, they will be working with me to do something about this, so that when we do eventually come back here to ‘normal’ worship, we come back differently and maybe even to something different. Because Sunday worship should not be producing the degree of tension that it…
sometimes has. This work with the elders will take some time and we’ll update you when we can. But let’s be clear, it won’t depend on the elders, it will depend on all of us changing, and following the way of Jesus.

Brothers and sisters, we are called to be a salty people, people who follow in the way of the cross, and do so, in how we care for others and through our unity with one another. Jesus calls us to a new way of life, to turn the values of the world upon their head, such that in us and through us, the flavour of God’s kingdom is experienced here across the Braes.
I pray it may it be so. Amen.