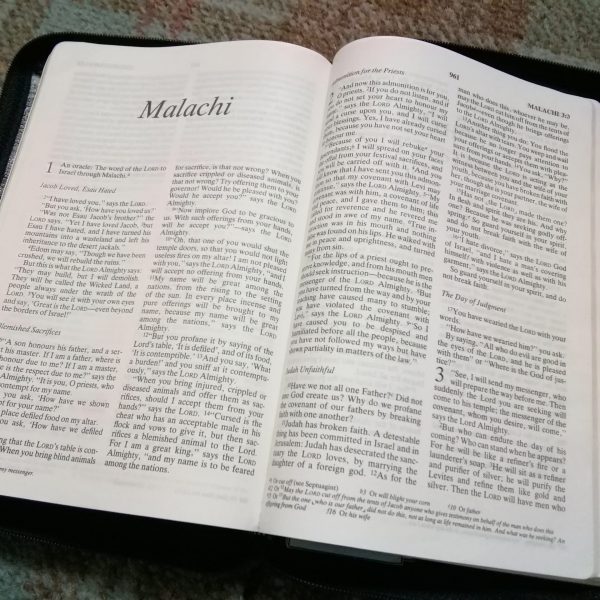 Preached on: Sunday 14th November 2021
The sermon text is given below or can be download by clicking on the “PDF” button above. Additionally, you can download the PowerPoint PDF by clicking here 21-11-14 Message PPT slides multi pages.
Bible references: Malachi 2:17-3:5
Location: Brightons Parish Church

Wat do you see in the wider world? what things? Say again – clouds, yeah we see the beauty of creation. We see that for sure.

What other things do we see? Harris – flowers, as well. We do, it’s an incredible world we live in.

What else do we see? Any other thoughts? Yes, conflict as well, definitely.

Anything else that we see? don’t be shy, come on! People, people. People good and bad people, evil people, good people.

What else do we see? Seasons change, exactly. We see hot and cold going into the winter.

Now, we see all these things. We live in an incredible world. Just yesterday I was going up a hill walk as part of our fundraising for Israel and Palestine and we got talking and one of the group remarked “You know, I look at this world”, and it was a beautiful day yesterday, was incredible day up the hill “I was just looking at this beauty and how can, in such a beautiful world, there be conflict, can there be darkness, can there be injustice and oppression and greed and evil? How can there still be conflict and war like we see in our world and in the news? How can this be the case?” Was what we were remarking on and when you look in the news or you look online and you see the darkness in our world, when you see the conflict, when you see the evil and injustice, when you see global warming, and the effect that we’re having and the threat it has to people and nations, what does that make you feel? Anybody want to share an answer? How does that make you feel?

Nervous, definitely, makes us all, of all ages, nervous, we’re just not bold enough to be honest about it, So thank you. Nervous, any other feelings that we feel? Guilty, yeah yeah, thanks John. Harris, happy, yes for the good things in the world for sure. What else? Angry and so is it okay to be angry sometimes yeah? I think it is, I think it is, definitely as we see these things, as we feel these things, maybe we begin to think things as well, maybe we begin to think things about God and I won’t ask you to chip out your answers to this question but, does it make you ever doubt God or question God or complain against God? Do you ever think “Well, God just can’t care. He can’t be there. He can’t exist.” You ever have those thoughts because of what you see, because of what you feel?

You know, I know people in this community who have seen some of the horrors of our world and because of that they can’t believe in a God, even such a loving God. They can’t, they can’t bring themselves to have that faith and maybe you feel that as well, and if you feel that too then you’re in the exact same place, actually, as the people of old, people of Malachi’s day, because they were saying things like ‘All who do evil are good in the eyes of the Lord and he’s pleased with them.’ They’re also saying ‘Where is the God of justice?’ Where is he? They were getting really messed up in their thinking about God because of the injustice, because of the evil, because of the darkness in the world, and it was wearying. The Lord, I think it was grieving Him, this accusation against Him but they were thinking these things, this was where they were at and their thinking and their faith. They were thinking God should be taking action, here’s these evil people, here’s people sinning, here’s people messing up this world, and God should be acting but He’s not! You ever felt that God should be stepping into this world?

I wonder if they were thinking back to the Old Testament passages where we read of God being compassionate and gracious and slow to anger, abounding in love and faithfulness, and they remember like ‘Well, God’s just too nice and if you’re God’s just a nice God. I don’t really care because we need more than just a nice God. He just doesn’t seem to care. He seems to mix up evil and good, so, how am I supposed to trust Him?

Maybe you felt these things yourself. Maybe you know someone who thinks these things. And so, what’s God’s response? Well he says ‘I will send my messenger who will prepare the way before me. Then suddenly the Lord you are seeking will come to his temple. he will be like a refiner’s fire or a launderer’s soap.’

God’s going to send two messengers and the first one will prepare the people and the second one will purify the people, clean them up, sort them out of it. And we know from the New Testament that the first messenger is John the Baptist and he did begin to prepare the people’s hearts and many people had faith when that second messenger came, and that second messenger was Jesus, Jesus. He came and, yes, He came full of, but do you remember that He came to the temple just as these words said He would? Do you remember what Jesus was like when he came to the temple? Do you remember that story? He was raging mad. He got angry and He started overturning the tables, kicking stuff, pushing stuff over, probably, He even made a whip and started whipping out the animals to get them out and chased the people out of the outer court of the temple, because they were corrupting this, they were corrupting the worship, there was evil, there was injustice, there was a greed, oppression there was all range of things and Jesus had had enough and it was time to get angry about it, it was time to get angry a bit because His anger was a sign of His love.

I have a daughter Hope, she’s five, and I’m dreading the day that she comes to me and says someone was bullying her at school because I know what I’m going to feel. What am I going to feel? What am I going to feel? Anger! There are times when it’s okay to be angry, rightfully so, and Jesus was the most perfect human being ever because He was God in the flesh, and even He got angry. If He didn’t get angry we’d question His love because only a truly loving and compassionate being would get angry at injustice and oppression and greed and corruption. There is nothing else that’s fitting in that one but to get angry and do something about it and so he did and he started cleaning up the sin and, you know, that balance of love and anger it took Him to the cross, to the cross. That point where perfectly the love and the anger, the love and the wrath of God met and were perfectly balanced, at the cross. He began dealing with sin.

But, you know, the Bible also teaches that Jesus will come back, He’ll come back and when He comes back you completely do this because today we live, we are remembering those who have fallen those who have lost their lives either in the receiving end of conflict or those who have served in our armed forces, and we look at this broken dark world and doesn’t your heart yearn for that to change. I know mines does. I don’t want to live in a world, I don’t want my daughter to live in a world like this but you know what, we can’t change it ourselves. We have tried for thousands of years to change ourselves and in some ways it just feels like it’s getting worse because fundamentally there’s something deep within us that is messed-up, that is broken and dark, and we can’t fix that, we need help, we need a savior and Jesus is that Savior and He will come back one day to fully restore this world and when He comes back there will no more war and conflict, there’ll be no more evil and oppression, there will be no more suffering or sadness or dying or grieving, because the old order of things will be done away with and there will only be this new heaven and new earth that He promises but to bring that about, as Malachi reminds us, He must come first in judgment and we get all really uncomfortable with that idea but as Malachi says the judgment of God leads to restoration, the judgment of God leads to restoration. There’s even a good yearning for Jesus to return in judgment to bring that freedom to bring that restoration.

We don’t have to fear Him. When we have faith in Jesus this idea that Jesus will come back is meant to give us hope, meant to give us hope, and so we might look around and we might think “God, you’re being slow God. Why are you not stopping it? Why is there a mess? Why are You not doing something?” And it may make us angry and it may make us question and it may raise worry in us, but let us remember the words of Peter who said ‘Do not forget this one thing dear friends, with the Lord a day is like a thousand years and a thousand years of like a day. The Lord is not slow in keeping his promise as some understands, instead, he is patient with you not wanting anyone to perish but everyone to come to repentance but the day of the Lord will come…” It will come, He will come and so, yes, let us remember those who have given their lives and lost their lives due to conflict and war but let us also remember the promises of God. He will come and when He , he will restore this world. So, brothers and sisters, let’s have faith, let’s have hope through Jesus. I pray it may be so. Amen.

In a moment we’ll close with our final hymn and I would ask, if you’re able, to remain standing until the colour party have fully left the sanctuary. We close our service with a prayer for Jesus to come, to come and restore our world and so we sing together Great as the darkness (come Lord Jesus).