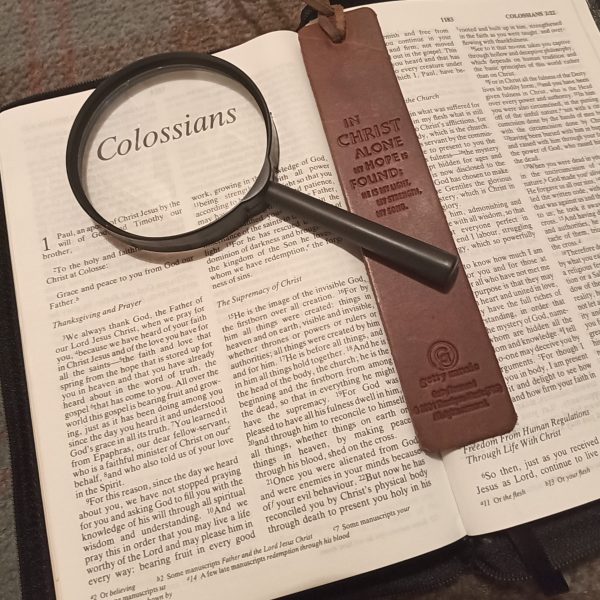 Preached on: Sunday 2nd January 2022
The sermon text is given below or can be download by clicking on the “PDF” button above. Additionally, you can download the PowerPoint PDF by clicking here Intro slides.
Bible references: Colossians
Location: Brightons Parish Church

Give him a go but I call him my ‘duck on the bike’. The family think I’m I’m mad with the duck on the bike but here he goes.
High tech Christmas everybody!

What on earth am I doing talking about these things? I promise you, it will become clear.

If you could bring the map up. Brilliant. Today we’re starting a new series in a new book and we’re going to be studying the book of Colossians if you can and I always find it helpful when I’m reading the Bible to try and figure out a bit of what’s going on and who’s writing the book, where it’s coming from, and what’s going on, so I found this map, not a great map, but it shows you where Colossae is and you can see that Colossae’s in the middle of modern day Turkey and it’s about a hundred miles inland from a Roman town called Ephesus, where you get the book of Ephesians from, and well, the thing about the Colossians was they were they were a bit like my duck on a bike. Can you bring my duck on the bike up just so people can see him. He’s a bit squashed I think that’s photography copyright Brent Haywood.

But my duck on the bike, he gets a bit crazy and his eyes go spinning and, as we’ll learn about later on in the sermon, that’s what happened to the Christians in Colossae. They got a bit befuddled and they got a bit muddled up, but Ewan showed us what the apostle Paul taught them when he brought them the book because in the book, and we’ll learn about this as we look as we look at the passage later on, when Billy reads it to us, but in the book Paul was encouraging them not to get befuddled by everything down here, by what’s going on in the world but he encouraged them to look up, to set their minds on Christ, to set their hearts on Christ and then by looking up things on earth kind of had a way of working out.

So, I hope that was an okay children’s address for some of you oldies.