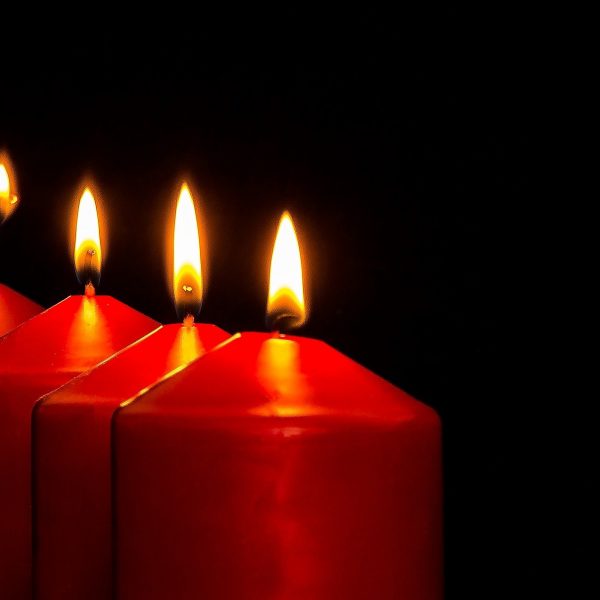 Preached on: Sunday 20th December 2020
The sermon text is given below or can be download by clicking on the “PDF” button above. Additionally, you can download the PowerPoint PDF by clicking here 20-12-20 Message PPT slides multi pages.
Bible references: Matthew 1:18-25
Location: Brightons Parish Church

Boys and girls – adults even: what makes you feel secure? I’ll give you 30 seconds to think about that, talk about it at home, or even put it up in the Live Chat.
(PAUSE)

I wonder what came to mind for you. Maybe it was family – the security of loved ones being close and able to listen or help. Maybe it is our homes – we might have a chair, or a room, where we feel especially safe. It could be…
holding our favourite teddy or being wrapped up in a blanket you’ve had for years. Maybe we feel secure because of the things in our homes or the plans that we have. We all find safety and security in a range of places and ways, and some will be common to us, whilst others are unique because they hold a special place in our lives.

Do you remember boys and girls who we read about in our story today? We didn’t read about the story of the stable, like in this nativity scene, but we did read about some of the people we see here. We heard the names…Mary, Joseph and Jesus. And who else was in the story? Who else came and visited Joseph? Can you remember? Joseph was visited by…an angel. I don’t have wooden one of those yet for my nativity scene, but here’s one from my Christmas tree.
Our Bible story today reminded us of the beginning, the genesis, of the story about Jesus the Messiah. Mary was engaged to Joseph – they were going to get married. In that culture, as soon as you were engaged you were seen as married, even though for a whole year Mary and Joseph still lived with their parents, rather than together.

But during that time, Mary became pregnant, she was expecting a little baby. We know from other stories in the Bible that Mary had went to visit her cousin Elizabeth for about 3 months, so it’s possible that the story we read today is when Mary is about 4 months pregnant, and she’s maybe starting to show a little – not enough for everyone to notice, but enough that Joseph, and maybe some close family or friends are aware as well.

So, Joseph thinks that Mary is expecting someone else’s baby, not his baby, and wonders if he should call off the marriage, rather than going ahead. But then, the angel appears, and that angel says: ‘Joseph son of David, do not be afraid to take Mary home as your wife, because what is conceived in her is from the Holy Spirit. She will give birth to a son, and you are to give him the name Jesus, because he will save his people from their sins.’ (v20-21)

What Joseph experiences and hears is enough to convince him, and so he does what the angel says to do, even though Jesus is actually the son of Mary and the son of God, by the work of the Holy Spirit. Even though this is the case, Joseph chooses to take Mary home as his wife and Joseph chooses to name Jesus. These were two very public actions and they made Jesus the son of Joseph…
These actions meant that Jesus was adopted by Joseph.

And that’s important because when Joseph adopted Jesus as his son, that made Jesus heir to the promises God made to King David – Jesus became part of the legal family line, that traced his way from David, to Solomon, all the way down to Joseph and then to Jesus. To adopt Jesus, was a big step for Joseph – he was making a choice that would be for the rest of his life, because when we adopt someone, we are saying that they are welcome into our family forever, and there’s no going back, there’s no changing our minds – it’s irreversible, it’s forever, they are secure in our family.

Boys and girls, we often talk about church being like a family, and that’s been very important this past year…
because we’ve needed extra help, and at times we’ve felt alone, and other times we’ve maybe even felt a little bit scared.

The story of Jesus, and what He sought to achieve, is a story of family, of adoption – Joseph chooses to…
adopt Jesus; Jesus chooses to adopt human form, God took on human flesh; and this was all done so that Jesus could extend the family of God. From all eternity there was the Father and the Son and the Holy Spirit, and in love for this world they wanted to include others, they wanted you and me to be part of their family.

I wonder friends, have we each made that choice? Have we come to God and said “yes, I want to be part…
of Your family!” – have we said that, or something like it? Because if we haven’t, and if we do not have an identity as adopted children of God, then we may feel even more adrift, overwhelmed or alone; we may feel that it all rests on us – on our plans, on the stuff we can get, the money we can make. But if we know ourselves as adopted children of God, if being part of God’s family is more than turning up to church or being “religious”, then with that identity can come a security because then we can become confident of God’s welcome, His rescue and presence, and the value we have to Him.

Friends, this Advent season, may we each make the choice to allow Father God to welcome us into His family, because when He adopts us, there’s no going back, He won’t change His mind – it’s irreversible, it’s forever…
and so as the Apostle Paul once said:

‘…I am convinced that neither death nor life, neither angels nor demons, neither the present nor the future, nor any powers, neither height nor depth, nor anything else in all creation, will be able to separate us from the love of God that is in Christ Jesus our Lord.’
(Romans 9:38-39)

I pray that we may remember the babe who came that we might be adopted into His family line and so be secure in Him forever. May it be so. Amen.