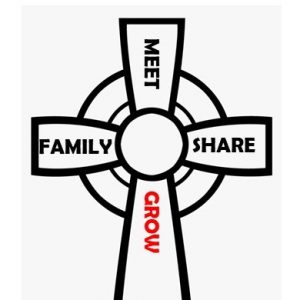 Preached on: Sunday 19th September 2021
The sermon text is given below or can be download by clicking on the “PDF” button above. There is no PowerPoint PDF accompanying this sermon.
Bible references: Deuteronomy 6:1-6
Location: Brightons Parish Church

Were you listening out for those feeling words? Can anybody tell me what they were? Can you put up a hand if you think you can remember it?

First one, Fear, yeah, and there was a second one? Did any of our young people listen, now any of our adults, you want to shout out together? One, two, three, Love, yeah, fear and love.

So, I brought something along from home to maybe help us think about this a little bit. So, in my bag here I have my drone. So, in lockdown last year, I got a drone. It’s a Mavic Air II which basically means it flies really fast and really high, and then I really enjoy it. It’s got the wee camera on the front that means you can take pictures and video and as I say it does fly very fast and very high. Now, I’m not going to put it on in here you’ll be glad to know, I’m also not allowed to break the rules, but I’ve got a wee video just to show you something that I did during lockdown last year with Hope, so we’ll see that just now.

Wow, so you can clearly tell that I like having a bit fun with my drone. I also like the editing process at the end, it gets the creative part of me out and about. So, this is my drone and I’ve on my birthday this year, I got out for the morning and did a wee bit flying and videoing and video and stuff, and made a video last night too, but as much as I feel a sense of fun when I’m out with my drone, I also feel fear. I sometimes feel fear when I’m flying my drone. Boys and girls young people in our organizations, why do you think I sometimes feel fear when I’m flying what do you think?

Yeah, yeah, yeah, sometimes birds do go for it and I really don’t want the birds to go for it. Another reason Emily:

it could crash and so both these methods by bird or me just doing something silly, I could crash it and it’s not cheap so I’d rather not crash it and damage it. Can you think of anything else? There’s one more reason I can think of but I might sometimes be a bit scared what do you think? Might fall on me or someone else, yeah exactly, and these blades they go really fast and they could really hurt someone and it can do quite a rate or not so if it was to hit someone I’d be quite worried that they’d get injured.

So I feel this fear in me sometimes when I’m using my drone and but it’s a good fear, it’s a fear that makes sure that I use my drone properly, that obey the rules, that I look out for people, because I value the drone and I value other people, and it’s the same with this fear that God talks about. It’s not a bad fear, it’s a good fear He’s talking about, He wants us to respect Him, to value Him as our Heavenly Father and so we might have that fear that we might not be showing the love we should, that fear of letting Him down or hurting Him because God can be grieved by our actions, and our passage today there were a number of things that said to do a number of things to learn so that we might show God this love and respect.

What did, young people, what did we, what did the reading say we were to learn? What were we to learn? Can you remember? Anybody? Commandments, that’s right, God’s commandments, His teaching, His ways. Now we might wonder, why does God want us to do that? Like is God a killjoy? Does God just want life to be boring? Is that what God’s about?

Well, to help answer that question we’ve got a picture here from the Beginner’s Sunday School. Are any of our beginners in here just now, any other beginners in? A couple. They’re mostly through next door. They did this picture and you’ll probably know this Bible story I would think, on this side we’ve got the man who built on the rock and the other man built on what? Shout it out. Sand, that’s right, and the rain came down and which house fell? It was the wrong one on the rock wasn’t it? You sure? I was sure it was the rock. The sand, okay! Okay, it was the sand wasn’t it. It was the sand, yeah, so the rain came down and the house build on the sand fell down, and Jesus was saying not that life would always be easy or go well, but he was saying, if we will listen to His teaching then we will make the best choices in life because God knows what is best for us, He knows what is good for us. So, if we want to do good we need to learn His commands, His ways, His teaching, but there’s a problem with that, I reckon, because there’s an awful lot in here. Sometimes it’s also really hard to do so.

How are we meant to live this out? How are we meant to show God this love and this respect that we’re supposed to, this fear? Well, we need to learn, we need to grow and one of our values as a church is that we want to be a people who grow, who grow in our faith, we get to know God better, we get to know His ways better and we grow in character so that we’ll learn to be more like Jesus in our character as well.

So if I can get our two volunteers to come out, and in your bag you will find three juggling balls, and you’ve got one minute to learn to juggle. Okay, over to you.

If you face that way then everybody can see you. Keep going, have another shot, keep going.

Come on, your officers you should know what to do! Oh right, we’ve got one on the go here,, yep one at a time, we’re getting there. How are we doing, oh yeah right, one hand to the other that’s a good start, definitely. Right I think that’s nearly half your time gone come on, come on.

Oh great, I think that might be enough well done, well done, thank-you. Well done.
Please, you can leave them there and I’ll get them at the end, thank-you so much.

Now, that was a wee bit unfair don’t you think. One minute to learn to juggle, that’s just not fair, even if we are adults, because you know sometimes it takes time to learn to juggle and when I was younger I was in a high school play and I was asked to take on a role where I had to learn to juggle and with this jacket on and I’m not sure if I’m going to be able to do it but I was asked to juggle and it was like in front of everybody, all the adults all the young people, I’m thinking ‘Am I going to be able to do this?’ and I had to walk at the same time, oh so much, but my teachers helped me and by practicing and repetition and although this was 25 years ago hopefully …….

There we go. The amount of times I dropped those in practicing.

We can learn new skills but it takes time, takes repetition, takes the help of others and there are many different ways to learn to juggle.

Our Bible passage says all these things too. It says the sooner you start the better, because the sooner you start and the more you do it the more natural it will become, and it will just become a way of life. Our Bible says we need all the generations together so that the older learn from the younger and the younger learn from the older, but we also need to do it in different ways. The Bible passage said to write it and to talk it and to make stuff to help us learn these commands in this way of life, and you know we’ve got tons of ways at church to help all of us from all the ages:
you might come to church; you might go to Sunday School, Boys Brigade, Girls Brigade; you might be part of a Fellowship Group or go to Alpha if you’re an adult; you might do the New Testament Reading Plan or get a copy of the Bible reading notes; there are so many ways and the question is ‘Will you use them? Will you use them?’ because you won’t grow by leaving the juggling balls, the Bible in the cupboard. I was really rusty this week, the amount of times I got a couple of balls going and it fell on the ground. If you want to learn God’s ways, if you want the good He wants for you, you need to learn His ways and put it into practice because also He calls us to love Him and respect Him by doing that, and that’s what our next song is all about. It’s a new song for us it’s called Revelation Song and it’s about singing our love and our respect to God. Now the Band are going to sing through the first verse and we’ll remain seated and then towards the end of the first chorus we’ll stand, look for my lead, and we’ll sing verses two and three together.