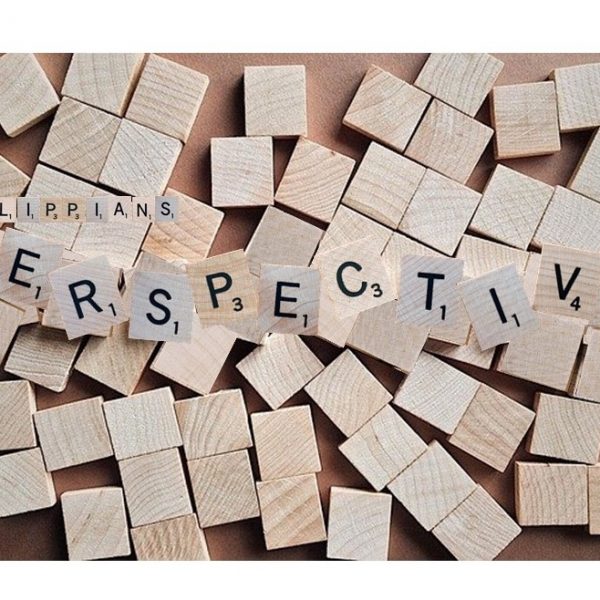 Preached on: Sunday 10th January 2021
The sermon text is given below or can be download by clicking on the “PDF” button above. There is no Powerpoint pdf accompanying this sermon.
Bible references: Philippians 1:12-26
Location: Brightons Parish Church

In your opinion and from your perspective, how well does that describe our day and time? You could be forgiven for thinking that these words had been written fairly recently, yet they’re taken from the all-time best-selling book originally written in English Charles Dickens novel A Tale of Two Cities. I would imagine most of us were glad to see the end of 2020 and despite the glimmer of light at the end of the tunnel with approval now of two vaccines, the introduction earlier this week of a further lockdown does not give much encouragement as we enter 2021. A lot of how we view this new year has a lot to do with our perspective. I’m not sure we realize this but our perspective on life is incredibly important because it either can make us or break us.

That’s what this text that we just read in Philippians 1 is all about. In verses 12 to 18 we learn from Paul to have a positive perspective in the midst of tough times. Paul is writing to the Church in Philippi, a church he had planted about 10 years before. But he’s writing it while he’s in prison in Rome and it’s obvious that he’s restricted, limited and quite literally in chains. There’s no freedom, almost no privacy and I doubt that the food was what you’d get from Marks and Spencers or some decent restaurant. Moreover, if we know anything at all about Paul, we know that instead of being stuck in a small one-room house in Rome chained to a succession of Roman palace guards, he wanted to travel to Spain to preach the gospel or roam from city to city in Greece and Asia minor to visit all the churches he started, or minister the love and grace of Christ to all the people that he’s won to the faith. And not only is he imprisoned but it’s clear that he’s got some enemies in the Church who are trying to shame him because of his arrest and impending trial before the emperor.

We don’t know who these people were but as he notes, they’re trying to cause him more pain and anguish as he suffers through the difficulties of his imprisonment if there was ever a person whose life illustrated that to be a follower of Jesus means taking up a cross to follow Him, it was Paul. He shows us that sometimes life is just plain tough! Life can be tough even for God’s people as it was for Paul and yet he transforms this tough time by turning his prison into a pulpit. I don’t know why but God has used prisons in enormously powerful ways. John Bunyan wrote The Pilgrim’s Progress from Bedfordshire jail; Dietrich Bonhoeffer wrote letters to his students and friends from Osnaburg prison in Nazi Germany Martin Luther King junior wrote his famous letters from the jail cell in Birmingham, Alabama; and Paul wrote this great letter to the Philippians from his prison in Rome, to give them a fresh perspective.

For starters, he focuses on the mission of God from verse 12 and the Gospel is advancing. The Pretorian guard knows he’s in prison for his religious beliefs not because he was an enemy of Caesar and his friends and his enemies are being motivated to share Christ, and people are coming to faith. Christ’s kingdom is advancing. The Gospel is expanding and as a result he can rejoice.

Our perspective on life is incredibly important because it can make us or break us, and Paul knew that so he was going to do everything he could to look for the providential work of the Sovereign Savior in the midst of tough times. So, let me ask you this: Do you see any way that the Sovereign Savior might be providentially at work in the midst of your circumstances to advance the gospel? As we begin 2021, without diminishing your pain, how is your perspective?

Paul felt the pain of his imprisonment but what’s really interesting and important for us is that he takes the perspective that God is doing some great things and then applies it to himself.

Look at the rest of 18-20. Paul is telling the Philippians that, through their prayers and the work of the Holy Spirit, God is providentially at work and so his imprisonment will work out for his best. If we go to Acts 25 Paul was on trial in Caesarea before the Roman Governor Felix and he leveraged his Roman citizenship and appealed to Caesar. So that’s what got him to this prison in Rome, but that meant that in the very near future he would go before Caesar and the emperor would decide his fate which would either be to release him or have him executed as an enemy of Rome. Caesar at that time was Nero. Nero was a compulsive, corrupt, wildly extravagant and violent man who ended up killing his own mother and one of his brothers. He was a genuinely dangerous and malevolent personality. So there’s a real chance that he could have given Paul a thumbs-down and sent him to the chopping block, and yet, in the face of that he’s rejoicing because he really believes that all this will work out for his best. Paul is not a naive optimist about life who’s in denial about the suffering that’s come his way, he’s not a pie-in-the-sky, by-and-by person who’s emotionally shut down in order to protect himself from more pain, he’s in prison under severe restrictions bothered by his enemies and there’s a very real possibility that he might be executed, and yet he’s thrilled excited and he is rejoicing. The reason he could do that was because his perspective on life and death had been Christianized.

“For me to live as Christ and to die is gain” – this is the key statement in this passage and Paul spells out in detail what he meant by this. let’s look at the first part in verse 22.

It’s better to view life as a wheel with a series of spokes around the hub. To live as Christ means that we put Jesus at the center and let all the spokes of our lives be influenced by Him. That’s what Paul did. Christ was at the center of his life when he was making tents to pay bills, when he was traveling from place to place to preach the gospel, and when he was relating to both believers and unbelievers, and now here, when he was in prison and as a result of Christ, has transformed his perspective on life. If we place Jesus at the centre he will influence every part of our lives and like Paul, over time, will bear good fruit. We will see ourselves growing in grace and godliness and good character; we’ll have a positive impact on our family and friends and our co-workers; we’ll see the value of church and ministry; and we’ll reach out to our friends and neighbours in the love of Jesus.

Philippians 1 also impacts how we see death. Look at what Paul says into it verse 23 “I’m torn between the two a desire to depart and be with Christ, which is better by far.” Paul is teasing out his statement in this verse that to die is gain. He’s saying that when we die our souls go to be with the glorified Jesus and when we’re in His presence everything is peaceful and happy, as we wait for the day when Christ returns and we get our own resurrected bodies to live in the new heaven and the new earth. Death is an enemy but it’s an enemy that Christ has conquered and transformed for those who trust in Him and therefore it has become a means of gain for His people. Our perspective on life, especially when it goes south, is incredibly important because it can either make us or break us, and that’s why it’s so important that we develop a Philippians 1 perspective on life and death. This takes time. A Philippians 1 perspective where we look for the good in the midst of the bad takes time to develop because it’s not natural, it’s supernatural, and so we gain from this kind of perspective.

Let’s look again at verse 19 where Paul says I know that through your prayers and help given by the spirit of Jesus Christ what has happened to me will turn out for my best. He recognizes he needs God’s grace to maintain his perspective and that will come through their prayers and the Holy Spirit’s help. Paul is saying that through our prayers and God’s choreography on our lives, whatever happens will turn out for the best. We may not see it at this precise moment, we may not feel it in the middle of these tough times, but God will give grace to change our perspective so that, in due time, we can see the good things that have happened.

Finally, our perspective impacts other people. In the closing verses Paul has to go before the emperor for the legal decision on his case but he loves the Philippians and he wants what’s best for them and so, in faith, he makes a statement about remaining in the flesh so that he can be united with them again and minister to them again and everyone can be happy together. And, according to tradition, Paul was released by Nero and continued his ministry in the empire for another six or seven years and yet while he’s still there in prison Paul knew that how he saw his situation would impact everyone around him, the praetorian guards and anyone else he came into contact with. These verses go beyond Paul’s circumstances and his experience, they show us that our perspective on suffering life and death really influences those around us. if we have a Philippians 1 perspective, the perspective that Jesus our Sovereign Savior is actively at work in our lives and that he will more than take care of us in death, that will give us the energy, enthusiasm. A really Paul’s positive impact because a Philippians 1 perspective is really good for each of us and it’s good for all of those around us. Just imagine if every single person listening today by the grace of God developed a Philippians perspective, imagine the joy that we would all experience personally, and then imagine the happiness it would bring to our relationships, our families and our friends. Just imagine if we all prayed that God’s grace would descend on the political process and then the love of Christ we all stepped across the political wire and said we’re about something much, much bigger than perhaps elections or plans or things that need to be done. We are about spreading the Good News of the Gospel because it’s the hope of our nation and the hope of the world. I think that if, by the grace of God, we all did that, everyone around us would be amazed. The Good News of Jesus would expand much further than we can ever imagine or think of and we all would be much happier because Paul shows us that in our message today.